To share your memory on the wall of Donald Carruth, sign in using one of the following options:

In 1918, at the age of 5, Don became so ill with the Spanish Flu that his parents placed him in a snow bank to lower his body temperature. The doctor came out to the farm twice to try to help and told the family to prepare for his death. All of his hair fell out, yet he survived and his hair came back in abundance.

Don served in WW II (1944-46) and was trained as a pharmacist. He played saxophone in the Navy band stationed in Washington state.

In 1976, at the age of 62, Don retired from Minnetonka Schools after a long career as school principal, teacher and coach at the old Excelsior High School. Don was the school principal at Excelsior at the beginning and end of his career with some years at Minnetonka West in the late 60s. Don also coached community baseball from Little League through town ball. In 1966 all 3 of his sons were on the Chanhassen Red Birds town team that he coached.

Don grew up on a farm near Danvers, the youngest of 11 children where music and sports were a big part of family life. Don played all instruments and the piano taught by his older sister, Mildred. He, with older brothers Mick and Connie, sang and played saxophones in MN bands as teenagers and young adults before starting the Don Carruth Combo in the 1970s and continuing into 1990s. The Don Carruth Combo included local musicians who played throughout the Twin Cities in a variety of genres with the big band sound being his favorite.

He played in bands to support his family in the early 1930s while getting his Bachelor’s degree in teaching at St. Cloud Teacher College and later his Master’s in School Administration at the University of MN. Don's musical career included being the band for his oldest grandson David’s wedding and culminating with spectacular saxophone solos at both his youngest granddaughter Jessica’s wedding and his oldest great granddaughter, Angie’s wedding at the age of 86.

Don was an avid golfer. He and his wife, Florence, were members of IVCC in Waconia where he recorded a ‘Hole in One’ and played well into his 90s. He “shot his age” at 83. He and Florence enjoyed golf vacations in FL, AL and CA.

On January 13th, 2019, Don was featured in a Boyd Huppert special on KARE 11, “Cribbage for the Ages”, where he was the 105 year old “kid” who took on the 108 year old master, Harry Camp, in a cribbage tournament at Presbyterian Homes in North Oaks. Cribbage was a daily family activity throughout Don’s life.

Don lived in his own home until age 102, moved to assisted living at Summerwood in Chanhassen continuing to drive his own car until age 103. He moved to Sunrise of Minnetonka in late December 2019 where he passed away on Friday, June 12th at 4:12 pm surrounded by the supportive staff who loved to sings songs with him.

The family wishes to thank the staff at Summerwood in Chanhassen for their 4 years of support to Don and to Sunrise of Minnetonka who provided a most caring environment for the last few months of his life. Funeral arrangements facilitated by HUBER Funeral Home of Excelsior. A private family memorial service held Friday, June 19th at Excelsior United Methodist Church.

In lieu of flowers, the Carruth Family invite contributions to the Minnetonka School District, 5621 Hwy 101, Minnetonka 55345. Condolences and memories can be put online here at Star Tribune or at the Huber Funeral Home,
Read Less

We encourage you to share your most beloved memories of Donald here, so that the family and other loved ones can always see it. You can upload cherished photographs, or share your favorite stories, and can even comment on those shared by others.

Posted Jun 29, 2020 at 12:03pm
I worked with Don Carruth in the 1960s at Excelsior Elementary. I remember his smile, his booming voice, and his positive support as I taught 6th grade. Happy memories for me. RIP, Mr. Carruth. Bobbi Douglas Gale
Note: special Hi to Marge Carruth.
Comment Share
Share via:
CG

Thank you so much Corky and Jo Ann. He loved coming out to St. Boni to watch the ballgmes. 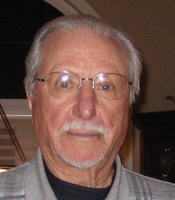