To share your memory on the wall of Jerald Anderson, sign in using one of the following options:

Provide comfort for the family of Jerald Anderson with a meaningful gesture of sympathy.

We encourage you to share your most beloved memories of Jerald here, so that the family and other loved ones can always see it. You can upload cherished photographs, or share your favorite stories, and can even comment on those shared by others.

Rick Tom Jeff Mitch Cristi and Families, Clinton & Burgundy,Brandon,Megan. Hagen, and others have sent flowers to the family of Jerald Robert "Jerry" Anderson.
Show you care by sending flowers

Posted Feb 08, 2020 at 11:10pm
We are so sorry to hear of Jerry's passing. I'm one of Jerry's first cousins. I wish we could have gotten together last summer but things just didn't work out. We want you to know you are in our thoughts and prayers. We hope that the memories and support of family and friends have given you comfort during this difficult time.

Rick Tom Jeff Mitch Cristi and Families purchased the Dreams from the Heart Bouquet for the family of Jerald Anderson. Send Flowers

Posted Jan 31, 2020 at 02:14pm
From all of us at Communications Supply Group, Inc. To our brother, friend and a great Real Estate Agent, Jerry - you will forever be in our thoughts

Flowers were purchased and a memorial tree planted for the family of Jerald Anderson. Send Flowers 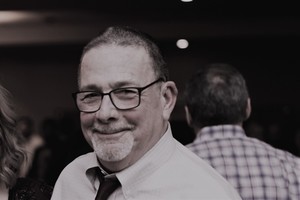