To share your memory on the wall of Donald Schneider, sign in using one of the following options:

Provide comfort for the family of Donald Schneider with a meaningful gesture of sympathy.

We encourage you to share your most beloved memories of Donald here, so that the family and other loved ones can always see it. You can upload cherished photographs, or share your favorite stories, and can even comment on those shared by others.

Posted Jan 09, 2020 at 02:20pm
Condolences to all of the Schneider family. Uncle Don is in our thoughts and prayers, knowing he is now in heaven resting peacefully. While he is no longer with us, we will continue to cherish the memories of his presence over the years we spent together as family. All the good times at family reunions in Deephaven, Rochester, and Wabasha. Boating on the Mississippi River. Family/Cousin weddings. Getting together for Thanksgiving and Easter. These are the best memories ever of Uncle Don.
Hugs to all of you.
Dean & Julie Plank
Comment Share
Share via:
C

Posted Jan 07, 2020 at 09:49am
Our thoughts and prayers are with all of you.
We will miss Uncle Don with his sense of humor. Enjoyed the years in PCB with Don and Alyce playing Sequence and visiting with them at their home. Don is reunited with my Aunt Shirley now and is blessed to have had two extraordinary women in his life.
May he Rest In Peace..... 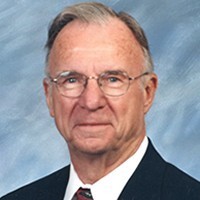