To share your memory on the wall of Andrew Titze, sign in using one of the following options:

Provide comfort for the family of Andrew Titze with a meaningful gesture of sympathy.

He is survived by his powerhouse wife Heidi of thirteen years and his two greatest accomplishments Wilbert (age 7) and Owen (age 5). Other accomplishments include growing a sweet beard, winning multiple baseball and football fantasy league championships, schooling anyone on random bird or music facts, and he always had the brightest smile in the room.

Additionally, he is survived by his incredibly handsome brothers Nic (Jill), Adam (Katina), Bryce (Lyndsey) Jake, the sister who put up with them all; Jeana (Kenny), proud parents Cyndee and Jason Emmons and Steve and Karen Titze. He is also blessed with his loving aunts and uncles and endless cousins and friends.

Andy was a diehard baseball fan (go Twins!), he loved seeing a good live show and hanging out with his tribe. He would also say that if he could have any superpower it would be "The Powers of Digestion" so he'd be able to eat everything and never get full. Andy was a gifted craftsman and worked as a custom cabinet builder for Galloping Cabinents before MS took that ability away from him.

A public visitation will be on Friday, January 3rd from 4p.m.-7p.m. at the Huber Funeral home in Mound. The funeral will be on Saturday January 4th with visitation at 10a.m. and service starting at 11a.m. at Oak Knoll Lutheran Church in Minnetonka.

The family is accepting donations for the MS Society because Heidi can't seem to keep plants alive.

As those close to Andy would say "If you were in his inner circle, you were a made man".

We encourage you to share your most beloved memories of Andrew here, so that the family and other loved ones can always see it. You can upload cherished photographs, or share your favorite stories, and can even comment on those shared by others.

Jay and Liz Jones, Brian and Linda Ross, and others have sent flowers to the family of Andrew Steven Titze.
Show you care by sending flowers

Posted Jan 03, 2020 at 12:50pm
I only had the pleasure of meeting Andy once and it was a most enjoyable time, personality, charisma, humor and good character were traits I saw in Andy. Fortunately, Liz was able to spend more time with Andy and Heidi in the years following. I do believe one important measure of a successful life is reflected by their choice of spouse and children they have and know Andy is very proud and grateful of the family he had along with love he gave and received day in and day out. Unfortunately now we must only cherish the memories of Andy.......Ahhhhh but what memories everyone will look back on, laughter, joy, good, not so good as is the circle of life. To all of the families Liz and I wish to express our deep condolences and love to you during this period and remember to cherish the wonderful memories we have of a wonderful man's life.
Comment Share
Share via:
JJ

Jay and Liz Jones purchased the The FTD Living Spirit Dishgarden for the family of Andrew Titze. Send Flowers

Brian and Linda Ross purchased flowers and planted a memorial tree for the family of Andrew Titze. Send Flowers

Kodi and Hans purchased flowers and planted a memorial tree for the family of Andrew Titze. Send Flowers

Posted Jan 02, 2020 at 04:22pm
We love you so much Titzes and we are extremely sorry for your loss. We all wish that we could be there with you.

Love, Chad, Rochelle, Oliver, and Archer purchased the The FTD Comfort Planter for the family of Andrew Titze. Send Flowers 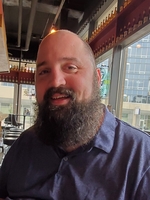