To share your memory on the wall of Richard McNeal, sign in using one of the following options:

Richard lived in Excelsior up thru high school graduation. During the summers he worked m... Read More
Richard Clark McNeal was born May 7, 1934 in Excelsior, MN to George and Elizabeth (Thomas) McNeal, passed away October 30, 2019 at the age of 85.

Richard lived in Excelsior up thru high school graduation. During the summers he worked many jobs at the Excelsior Amusement Park. He graduated in the final graduating class of Excelsior High School in 1951.
After high school graduation he worked at Standard Oil, and that’s where he met his wife LaVonne. They were married May 5, 1956. During his married years Richard earned his degree of Bachelor of Science in business from the University of Minnesota in 1965. Three children were born to this marriage, Mitchell, Leanne (Bob) Sterriker, and Colleen (Whitney) Eigenfeld.

After many years of working in the human resource department, in 1979 Richard and LaVonne purchased a business in Hancock, MN. This business was West Central Concrete and then West Central Plastic. They ran this business for almost 40 years before selling the business and retiring moving to Forest Lake, MN.
Richard praised the Lord often feeling fortunate that he was allowed to work in an area with so many great clients and friends. It was very hard for him to leave his business. Richard and LaVonne have homes in Forest Lake, MN during the summer months and Pensacola, FL during the winter months.

Richard was preceded in death by his parents, George and Elizabeth McNeal, his sister Eloise Smith and his son Mitchell. Survived by his wife LaVonne, daughters Leanne (Bob) Sterriker and Colleen (Whitney) Eigenfeld, and five grandchildren, Dylan Labbie, Noah Eigenfeld, Micah Eigenfeld, Brett Sterriker and Bryna Eigenfeld. Richard is also survived by many nieces and nephews.

In lieu of flowers, please make a donation to Eagle Brook Church (eaglebrookchurch.com) or to the charity of your choice.
Read Less

We encourage you to share your most beloved memories of Richard here, so that the family and other loved ones can always see it. You can upload cherished photographs, or share your favorite stories, and can even comment on those shared by others.

Posted Nov 12, 2019 at 01:57pm
OUR SYMPATHY TO LAVONNE AND FAMILY. YOU WERE A JOY TO KNOW. THE THING I REMEBER ABOUT YOUR STAY WAS YOUR FAMILY. I REMEBER ONE NIGHT A HERD OF COWS CAME TEARING DOWN THE STREET . ONLY IN CALEDONIA. GOD BLESS. LOVE ARDYCE AND BOB ESCH AND FAMILY
Comment Share
Share via:
TA

Posted Nov 07, 2019 at 01:35pm
Dick and Lavonne were our neighbors in Forest Lake and two of the nicest people we ever met. Dick always had time to stop and talk and find out how things were going. Our thoughts and prayers are with your entire family "(

Posted Nov 07, 2019 at 01:18pm
Wishing you peace to bring comfort, courage to face the days ahead and loving memories to forever hold in your hearts.

Flowers were purchased for the family of Richard McNeal. Send Flowers 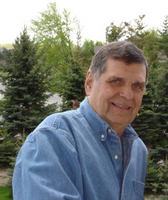