To share your memory on the wall of George Shorba, sign in using one of the following options:

Provide comfort for the family of George Shorba with a meaningful gesture of sympathy.

George was a lifelong Minnesota resident leaving the state only to fulfill his military duty in the Korean War. He returned home to Chan-hassen where he met and married Margaret (Marge) in 1957. Shortly after attending Dunwoody Institute, he was employed by Minnesota's Department of Transportation where he worked until he retired. He was particularly fond of pointing out to friends and family all the road projects he had worked on over his long career. He also loved taking Marge and the family to their cabin on Crow Wing Lake near Brainerd where they enjoyed many summer days. He was a big fan of Minnesota's professional sports teams and his beloved Chanhassen Redbirds. In later years, he also grew very fond of Mystic Lake Casino where he spent many days with Marge earning the title 'King George' for all the winnings he took home.

We encourage you to share your most beloved memories of George here, so that the family and other loved ones can always see it. You can upload cherished photographs, or share your favorite stories, and can even comment on those shared by others.

Chad and Gina Bruns sent flowers to the family of George Dennis Shorba Jr..
Show you care by sending flowers

Posted Jan 31, 2019 at 01:10pm
We would like to express our sincere condolences to you and your family. With deep sympathy, we share your sorrow, after the tears have dried and the goodbyes have been said, all we have to hold onto are the happy memories that we’ve shared with our loved ones who have passed, this is what keeps them alive in our hearts and in our minds, and they will continue to live on, through us. May God give you the strength to endure the pain you are going through and may he embrace you and comfort your family during this difficult time."Jesus said to her: 'I am the resurrection and the life. The one who exercises faith in me, even though he dies, will come to life.'"-John 11:25
Comment Share
Share via:
CB

Chad and Gina Bruns purchased the The FTD Comfort Planter for the family of George Shorba. Send Flowers 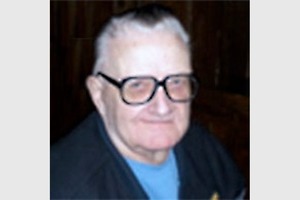