To share your memory on the wall of John Schumacher, sign in using one of the following options:

We encourage you to share your most beloved memories of John here, so that the family and other loved ones can always see it. You can upload cherished photographs, or share your favorite stories, and can even comment on those shared by others.

Love, your friends at Xcel

Posted Jan 31, 2019 at 08:36am
Please accept our most heartfelt sympathies for your loss... Our thoughts are with you and your family during this difficult time.

Love, your friends at Xcel purchased flowers for the family of John Schumacher. Send Flowers

Posted Jan 28, 2019 at 09:49am
Please accept our most heartfelt sympathies for your loss. Our thoughts are with you and your family during this difficult time. AMETEK MOCON

Flowers were purchased for the family of John Schumacher. Send Flowers

Posted Jan 28, 2019 at 05:12am
My condolences to the family. Continue to let your fond memories warm your hearts as you await the fulfillment of God’s promise to resurrect our loved ones. John 5:28, 29.
Comment Share
Share via:
PK

Posted Jan 27, 2019 at 10:06pm
My condolences to John's family. I spent my teen years in the Manor and have great kind memories of John. He was always kind to my parents, Gene and Ann Fury. My prayers and thoughts are with you. 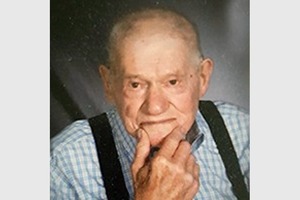